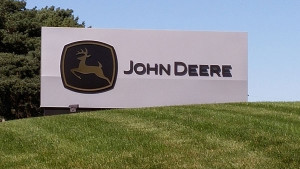 Deere and Company has reached a tentative agreement with the United Auto Workers union to replace the 6-year master labor contract that expired Wednesday at midnight. The new deal impacts thousands of people in Iowa.

The tentative agreement was announced by John Deere in a news release early Thursday morning. In the release, company spokesman Ken Golden confirmed the new deal is for six years, pending approval of the union membership.

Other terms of the new labor contract won’t be made public until after the deal is ratified. UAW represents approximately 10,000 Deere manufacturing employees at 12 factories in Iowa, Illinois and Kansas.

In Iowa, the contract covers union workers at facilities in Ankeny, Davenport, Dubuque, Ottumwa and Waterloo.