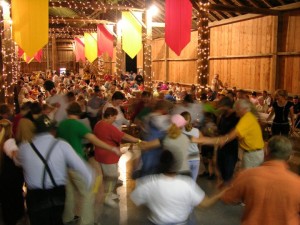 Amana is home to the Millstream Brewery and its beers are one the featured attractions of Oktoberfest. The first keg is tapped at 2pm today and those gathered at the Festhalle Barn will drink free beer until the keg is empty. “I think the owner (of Millstream) said they’ll go through 90 kegs over the weekend of the Oktoberfest beer alone,” Cutler said.

There’s a parade on Saturday at 10am and live music through the weekend. There are also games and contests, such as keg tossing, log sawing and a brat eating contest.