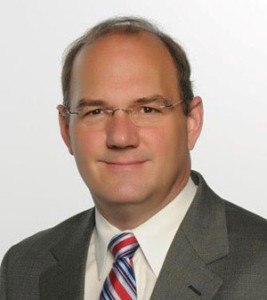 The mayor of Cedar Rapids is contemplating a bid for governor in 2018 and he’s now traveling the state to tout creation of a think tank.

Cedar Rapids Mayor Ron Corbett says his “Engage Iowa” think tank will focus on education, the economy and the environment.

“A conservative think tank to not just provide balance to the liberal ideas, but just to provide additional ideas for Iowa to consider,” Corbett says.

Corbett is inviting Iowans to go to the “Engage Iowa” website and take a survey.

“We’re hopeful that people will be engaged and think this maybe a good time to launch a think tank like this because everyone is somewhat active or at least aware of the presidential caucuses on both sides, Republicans and Democrats,” Corbett says. “But as those caucuses get over with in February, we’re hopeful that we can put more attention on state issues versus federal issues. “

Corbett wants people who visit the website to rank their top issues of concern.

“Then, hopefully, here sometime in November we’ll have our first policy issue to discuss with citizens,” Corbett says.

Corbett is a former state legislator who became the top-ranking Republican in state government. He was speaker of the Iowa House when he left the legislature in 1999 to take a job leading the Cedar Rapids Area Chamber of Commerce. For nearly six years, Corbett has been mayor of Cedar Rapids, a non-partisan position. Corbett says one goal of his conservative think tank is to encourage Iowans who’re disillusioned by politics to reconnect with the policy side of politics — to develop ideas and come up with way to implement change.