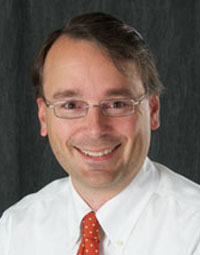 The University of Iowa is launching a study to develop and test ways to prevent dangerous pathogens like Ebola, MRSA and so-called “nightmare bacteria” from spreading in hospitals.

Team leader Dr. Eli Perencevich, a U-I professor of internal medicine, says they’ll look at all sorts of high-tech options, in addition to low-tech ones, as sometimes a complex problem has a simple solution.

“Plumbing regulations currently prevent us from actually installing toilet lids in public facilities including hospitals,” Perencevich says. “We want to test to see if just installing a simple toilet lid and closing it when we flush would prevent bad bacteria and viruses from spreading in the hospital.”

Among the high-tech possibilities, U-I researchers will test an automated system of computerized video cameras that can “watch” to ensure health care workers wear the proper personal protective equipment.

He says the system was created by a team in the U-I computer science lab. “They developed ways to use computerized vision to track to see if health care workers are wearing their gowns and gloves as they should,” Perencevich says. “This will hopefully protect them and also our patients from things like Ebola and nightmare bacteria.” Such bacteria are so contagious and dangerous, they might kill up to half of the patients who contract them.

This research has the potential to change how hospitals across the country function, Perencevich says, with the goal of increased safety. “The point of our studies is to develop new technology, new protocols, new ways of health care workers donning and doffing these protective equipment,” Perencevich says. “We expect if the findings are positive that these would be implemented in guidelines and protocols across the United States.”

The U-I is launching the three-year research project thanks to a $2.2 million grant from the Centers for Disease Control and Prevention. The CDC has named the U-I as one of just six health care centers in the county to be designated as Prevention Epicenters. The others are at: Emory University, Johns Hopkins University, University of Illinois at Chicago, University of Maryland, Baltimore, and University of Utah.