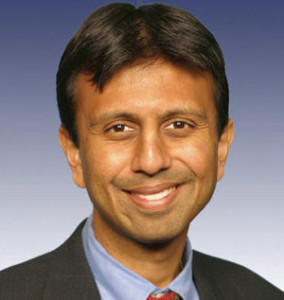 Republican presidential candidate Bobby Jindal, the governor of Louisiana, isn’t backing off his criticism of Iowa Governor Terry Branstad for failing to cut off state funding for Planned Parenthood.

“I disagree with Governor Branstad,” Jindal said during an interview with KSCJ Radio. “I think that the reality is we have to push and find ways to get this done.”

Planned Parenthood gets no state or federal money for abortions, but it does get reimbursed for other services provided to Medicaid patients.

We cancelled their Medicaid contracts,” Jindal said. “We cut their funding in Louisiana, so they’re not getting taxpayer dollars.”

“They can send as many attorneys as they want. We’re not going to back down,” Jindal said. “We’re fighting to protect innocent human life.”

The Family Leader, a Christian conservative organization headed by Branstad’s 2010 Republican Primary opponent Bob Vander Plaats, asked Jindal to write Branstad a letter, which Jindal did on September 23. On Monday, Branstad told reporters he had not spoken with Jindal and Branstad rejected the “legal analysis” Vander Plaats and The Family Leader are offering.

Jindal is campaigning in Iowa this week, with stops today in Atlantic and Council Bluffs.