You are here: Home / Sports / No love lost as UNI gets set to visit North Dakota State 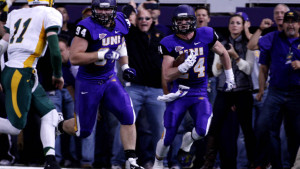 The Panthers beat then top ranked North Dakota State 23-3 in Cedar Falls last season but this game will be in the Fargodome where the Bison have won 25 straight games.