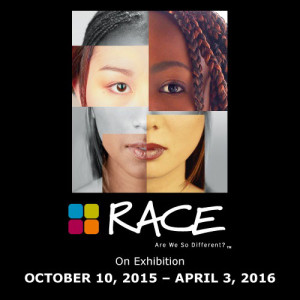 An exhibit that aims to inspire community dialogue about diversity and inclusion is opening this weekend at the Science Center of Iowa.

Emilee Richardson, spokeswoman for the Des Moines facility, says the exhibit called, “Race: Are We So Different?,” is a highly-personal, thought-provoking collection that’s intended to spark conversation in the community regarding cultural, racial and ethnic identity.

“‘Race: Are We So Different?’ is a really unique exhibit that showcases the science of human variation as well as the history of race and racism in the United States,” Richardson says. “It brings to light a lot of critical conversations on how we view race and how that affects our everyday life.”

In the past few years, race relations have been especially volatile on the national scale. Richardson says it’s part of the Science Center’s mission to present audiences with new ideas that stretch their ways of thinking and encourage thoughtful discourse.

“Right now is a really critical time just because, one of the reasons is that we as Iowans have an opportunity to influence national conversation as a center for political conversation,” Richardson says. “We’re excited to host this exhibit during the caucus season and really bring some of these issues to light.” In addition to the exhibit, the facility is also offering a series of diversity training workshops.

“If you have a group that would benefit from this sort of training, the Science Center has put together a great half-day or full-day training that includes admission to the exhibit,” Richardson says. “We’re looking to get groups in here to experience the exhibit, to have these conversations and hope that it will spread through the community.”

While race can be a difficult topic, she says science can help us understand even the most complex issues. The exhibition opens Saturday and will run through April 3rd of 2016.