You are here: Home / Crime / Courts / Hawaii fugitive could be hiding in Iowa 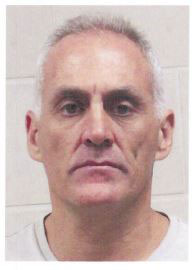 A man who’s listed as one of Hawaii’s most wanted fugitives could be in Iowa. A release from the U.S. Marshals Service states 48-year-old Luke Warner is wanted after he left Hawaii to avoid serving a 10-year drug trafficking sentence.

The release indicates Warner has ties in Iowa, California, Florida and Massachusetts.  There’s a $10,000 reward offered for information leading to his arrest. Warner — who’s criminal history includes armed robbery, theft and drug possession — is said to also go by the name Louis Manetti.

He’s white, around five feet, seven inches tall and 170 pounds. He has light brown eyes and a small divot or scar on the left side of his face. Anyone with information about Luke Warner’s location is asked to call the U.S. Marshals Service at 1-800-336-0102.