You are here: Home / Fires/Accidents/Disasters / One person dead in fire near Anita in southwest Iowa 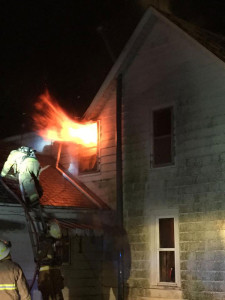 One person died in this fire in southwest Iowa.

One person is dead after a house fire overnight in rural southwest Iowa. Fire fighters were sent to the home north of Anita in Cass County around 12:45 a.m. John Ticer, with the State Fire Marshal’s office, says the cause of the fire appears to be accidental.

“There was heavy smoke coming…and flames started showing. We got it put out semi-quick,” Peach said. The person who died in the fire has been identified as 67-year-old Linda Barber.

Her husband, 73-year-old Larry Barber, was taken to a hospital with non-life-threatening injuries. 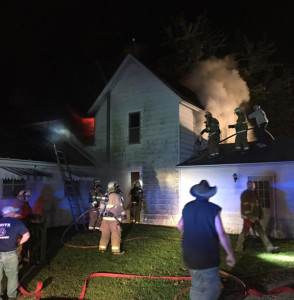 Firefighters work to put out this fire near Anita.

“We did have one person taken to a hospital with smoke inhalation issues, not serious conditions, just wanted to check him out,” Peach said.