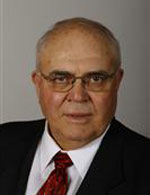 A long-time state legislator from southwest Iowa has died. Jack Drake, a Republican from Griswold, died Sunday at the Cass County Memorial Hospital.

The 81-year old Drake was serving his 11th term in the Iowa House. He was born near Walnut, graduated from Atlantic High School and attended the University of Iowa.

He was a farmer, and very active in local and state organizations, including his service as Secretary and board member of Walnut Telephone Company, ember of Iowa Cattlemen’s Association, Iowa Farm Bureau, Iowa Corn Growers Association, and many other such groups. Jack Drake is survived by his wife, Shirley, two sons, two daughters, 11 grandchildren, and 11 great-grandchildren.

There’s no immediate word on the cause of death. Services are currently pending at the Duhn Funeral Home, in Griswold.