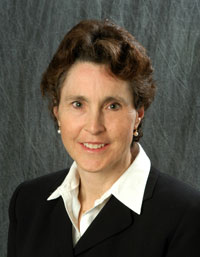 Results of a study of the rural northwest Iowa community of Akron show more than 80 percent of the homes there have radon levels significantly above the levels recommended safe by the EPA.

University of Iowa professor and researcher Barcey Levey helped with the study. Levy, who is a doctor and director of the Iowa Research Network at the U-I’s College of Medicine, says the results show what the entire state is facing when it comes to radon. Levey and Akron doctor, Cynthia Wolff, also gathered information beyond the actual radon levels.

“We numbered the kits and we had surveys to go along with it to just to the age of their home, income level, basic demographic information, whether there was tobacco in the home, that kind of thing. A short survey,” Levey says.

Radon is an ordorless, colorless gas created by natural uranium in the earth and the second-leading cause of lung cancer in the United States.  She says they found the radon wasn’t particular in which homes it got into. “Many of the newer homes were actually higher in radon because a new home is usually better insulated and better insulation can actually trap the radon. And when you do these tests they recommend you do it under closed house conditions,” Levey says.

The radon levels are measured in picoCuries per liter. “The EPA has determined that the indoor radon levels should not be 4 or above,” Levey says. “And most homes can be reduced below 2 with a radon-mitigation system.” Some homes in Akron had levels 10-20 times the recommended levels, and one test showed the home to have a level of 120.

Dr. Levy says it is best to have the mitigation system professionally installed. She says the system could cost between $1,500 and $1,800 depending on the size of the home. Levey says the cost is a deterrent to some people, but she says the cost of getting sick and treating lung cancer pales in comparison.

Levy says Akron is a small sample, but she says it shows how big a problem radon can be across Iowa. “We know we have high levels across the state, so personally my advice would be that the legislature should legislate that all new construction — schools, homes etcetera — should have what’s called an active radon mitigation system put in at the time of the building, because it is way less expensive than doing it later,” Levey says. She says there also needs to be more education of people on what radon is and the dangers it can bring.

“Unless you are kind of aware of it you don’t really think of it,” Levey says. She says you might realize you need a smoke detector in your home or a carbon-monoxide detector, but says even doctor Wolf had never heard of the radon issue until she went to a U-I presentation. “And then she went home and tested her home and it was 38.”

Akron only had one company that did radon mitigation when the testing began, but Levy says other companies starting doing the work once the high levels were discovered. Many banks in the Akron area began offering low-interest loans for mitigation systems.

The Akron study was published this month in the Journal of the American Board of Family Medicine.