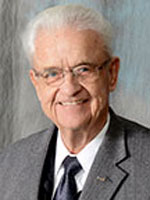 An effort to pull the controversial proposal to build a diamond interchange on Highway 330 in central Iowa from the Department of Transportation’s construction plans failed today  on a 4-3 vote by the Transportation Commission.

The DOT proposed building the 20 million dollar interchange where U.S. Highway 65, Iowa 117 and county road F-17 in Jasper County cross Highway 330 after nine people died in accidents there between 2003 and 2011.

Commission member John Putney of Gladbrook asked in September that the project be pulled from the five-year road plan to give more time to see if other changes are working. There had not been any deaths there in three years. The DOT says dangerous conditions still exist at the intersection and showed a video during today’s meeting in Decorah.

DOT director Paul Trombino rejected any alternative to the plan. “There is only one solution, which is the interchange,” Trombino says. “So our recommendation to the commission is to reject the motion and proceed with the interchange to ultimately prevent fatalities and improve the safety of the worst area that we have in the state.”

Transportation Commission chair, Leonard Boswell, of Davis City says the video presented by the DOT staff was well prepared, but said if the other side had the time and money that was spent on the DOT video “they could probably come up with a pretty impressive video too.” Boswell says he “respects life” but doesn’t think spending millions of dollars on the interchange is the proper solution to the problem.

“I think with all due respect to the engineering department and even though the case has been made for this intersection — that there are alternatives to safety in that intersection that have not been fully explored,” Boswell says.

Boswell, a former state legislator and congressman, says pulling the interchange from the construction plan does not mean it would never be built. “I think we owe it to our state, our people, our children and everybody else involved that we look at alternatives and complete it. We have all probably seen, I have, alternatives in other parts of the country. I have been looking intently since I have been hearing about this,” Boswell says.

Commissioners Boswell and Putney voted in favor of pulling the project along with David Rose of Clinton. Commissoners Daniel Huber of Davenport, Loree Miles of Dallas Center, Amy Reasnor of Cedar Rapids and Charese Yanney of Sioux City all voted against pulling the project.