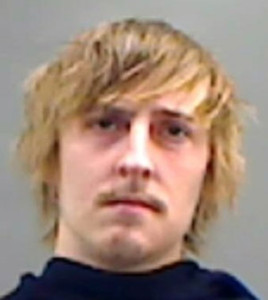 A manhunt is underway in western Iowa after a burglary suspect escaped from a police squad car and drove off in a stolen pickup.

Council Bluffs Police say 27-year-old Adam Thomas was handcuffed and placed in the police vehicle Wednesday afternoon after officers were sent to a Bomgaars store on the report of a “fraud” in progress.

Thomas somehow escaped from the patrol car and began to drive away in a pickup, which had been reported stolen on Tuesday. Police say Thomas drove at and struck an officer with the pickup. That officer fired several shots at the pickup, but Thomas got away.

He’s now wanted on charges that include attempted murder and escape from custody. The pickup Thomas was driving was found abandoned in the Crescent/Underwood area last night. The officer who was hit by the pickup was being treated at a local hospital.