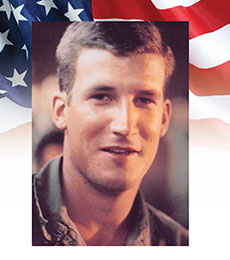 The University of Dubuque is dedicating a new center on campus this weekend to help veterans make the transition from the military to college.

“It’s a safety zone if you will for them when they initially come to campus. And then they can transition into the routine of colleges,” James says. He says the veterans can then help other veterans with the transition as they come onto campus.

The center is named for Jeffrey Dodge, who graduated from the university in 1968, and was killed in action two years later while serving with the Army in Vietnam. Members of his family, friends from college, and some who served with him will attend the dedication. James says the director of the center is a retired command sergeant major from the Army.

James says his rank, time of service and experience gives him automatic respect from the young veterans. He says about 100 of the two-thousand students at the school are veterans, but the center can also assist spouses and children of veterans.

The dedication of the Jeffrey Dodge Veterans Center begins at 9:30 am Saturday on the north campus quadrangle.

Thanks to Herb Twix, WVIK