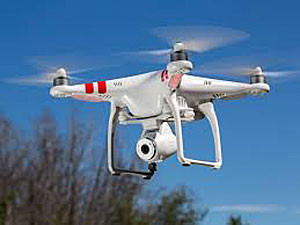 Morningside College in Sioux City and Martin’s Airfield in South Sioux City are partnering on a new program to train commercial drone operators. The Federal Aviation Administration is requiring anyone who wants to be paid to fly a drone to obtain a commercial rating.

Tom Fredricksen is an FAA certified ground instructor for the program. “Our program is designed to not only get them to flying drones, but to understand air spaces, understand communications between towers and airplanes. And to get them at least three hours of flying in an airplane, along with the drone courses Morningside has mapped out.”

The course is for commercial operators –not for the hobby type of drones you can buy at the store. “The hobby drone operator is limited to visual site and 400 feet above ground level,” Fredericksen says. “However, there are more sophisticated drones out there that’ll fly 16,000 feet and fly at 120 miles-an-hour. And they can carry about 55 pounds of cargo and can stay up in the air for 55 minutes.”

The federal government announced plans Monday to require recreational drone users to register their vehicles as there have been more and more reports of drones flying too close to airports. Fredricksen says the rule should help. He says the regulation will be good as their job is to make sure there aren’t any collisions and everyone understands what is going on in the air.