You are here: Home / News / Top magic show to appear in Iowa 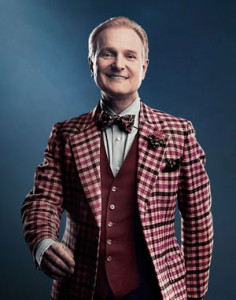 What’s billed as the world’s best-selling magic show on tour is making a stop in central Iowa this weekend.

“The Illusionists – Live from Broadway” features Jeff Hobson and a half dozen other performers who are masters of boggling illusions, sleight of hand, dare-devil stunts, escapes and feats of wonder.

“This is seven of the best magicians in the world doing their ‘A’ material all at the same time on stage,” Hobson says. “We do ensemble pieces with everybody on stage and then we do all of our individual pieces as well.” The act ranges from original and confounding illusions to a segment where one of the illusionists holds his breath for four minutes while wriggling out of chains while submerged in a tank of water.

It’s rare, Hobson says, that the other magicians are surprised by a trick. “There are times we get fooled,” Hobson says. “If somebody new comes in, somebody will think outside the box as far as magic is concerned and we all look and give it a bit of a ‘hmm, how’s that done?’, but then we think about it and all the professionals know all the basic methods and it only takes us a matter of time before we figure it out.”

The 53-year-old Michigan native calls himself a “comedy magician” and he’s known in the group as The Trickster. “You just never know what to expect out of me,” Hobson says. “I’m the guy that pokes fun. I’m the jester, the fool of the show, if you will. I always say to the audience, ‘I perform comedy and magic, so whatever you don’t laugh at, that’s the magic.'”

As part of the act, Hobson confesses to stealing all sorts of items from people in the audience though he says he’s the world’s most honest thief as he always returns everything. The Illusionists will be at the Des Moines Civic Center Friday through Sunday and they’re scheduled to return to Iowa next spring, with a stop in Cedar Falls in April of 2016.