You are here: Home / Agriculture / FFA sees another record year of participation 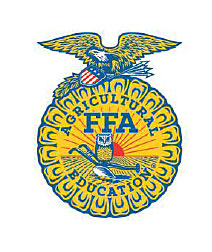 The Iowa FFA Association has set another record for membership in schools across the state. Some 14,857 students participate in FFA in 225 high schools, which is up more than 500 from the previous year.

Johnson says economic conditions in the agriculture may have a lot to do with the resurgence in membership. “You know it’s hard to tell for sure why that is,” Johnson says, “I think in some cases if you look at our FFA membership history, we lost membership in the 80s. I think there is an obvious link there between the strengths of the ag industry and the ag economy and FFA and ag education enrollment in schools.”

He says the economic situation has since made ag careers more enticing to students. “With the economic recession in ’07 and ’08, the ag economy was very strong and I think it showed to a lot of perspective parents, students, school districts that there’s a future for students in agriculture,” Johnson explains. “And the projections of world population increasing to nine billion plus by the year 2050, I think also shows that there is going to be career opportunities out there.”

Many of the FFA participants in our state still live in rural areas. Johnson says while that is the case in Iowa, nationally the FFA has set membership records the last two years and some of the largest programs are in Chicago, Philadelphia and Houston. It used to be called Future Farmers of America before the name was shortened to just FFA. That reflects the changing careers in the field, which John says now include lots of jobs involving science and technology.

“It is more than just growing plants and growing animals, it’s about being efficient with the area that we have. With the growth of urban areas comes the loss of the land — and in Iowa some of the most productive land in the world — to feed that growing population,” Johnson says. He says everyone has realized how technology and innovation can answer that growing need for ag products.

“A world population that is growing doesn’t just increase the demand of food, it also causes an increase in demand for energy as well. So, at some point that all needs to be produced and balanced. And I think that’s what makes agriculture a strong and viable industry and career option,” Johnson says. The Iowa FFA Association was charterd in 1929.