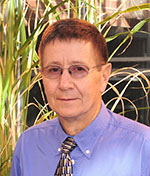 The director of the Iowa Water Center says the state’s farmers are losing more than $1 billion a year in revenue due to soil erosion.

Cruse says that billion-dollar figure is a very conservative estimate of Iowa’s annual losses. Cruse says, “We’ve looked at our estimates of soil erosion since we broke the prairie in Iowa, and based on the erosion estimates since that time and up until now, we’ve lost somewhere around six-and-a-half to seven inches on average across the state.”

The research dates all the way back to 1850 and determined that more than a half-foot of topsoil has been lost in the past 16-plus decades of Iowa farming. While six or seven inches of dirt may not sound like much, Cruse says the rich, black topsoil is what enables Iowa to be one of the world’s leaders in food production. When the precious soil is whittled away, so is Iowa’s livelihood.

“The soil changes as you go down and at deeper depths,” Cruse says. “Most people understand, if you try to grow grass on a construction site or you try to grow grass or a garden in that subsoil material that’s left over after they scrape the topsoil, that’s essentially the same thing we see in the fields if soil continues to erode and we take that topsoil away.” Many incentive programs are in place and farming techniques are being used that are designed to slow erosion, but Cruse says none of them have fixed the problem.

“We need perennials in some parts of the landscape in Iowa if soil loss is going to be reduced to an acceptable level,” Cruse says. “The question you asked is, are these (programs) working, they’re working, they’re helping, but all of these are parts of a system. Any one thing alone is not the answer but putting the pieces together is.”

The Iowa Daily Erosion Project is made up of scientists from ISU, the University of Iowa, Colorado State University, the National Soil Erosion Research Lab, and the USDA National Laboratory for Agriculture and the Environment.