You are here: Home / News / Self-help author visits Iowa to talk about politics 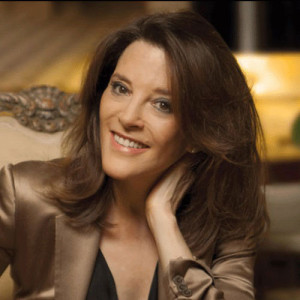 A woman considered one of the country’s first “New Age” gurus who’s a self-help lecturer and a best-selling author will be in southeast Iowa tomorrow to speak about consciousness, democracy and politics.

Marianne Williamson says most Iowans understand the importance of the upcoming first-in-the-nation presidential caucuses, but she aims to prod any bystanders to get registered to vote and to get involved.

“President Eisenhower said politics should be a part-time profession of every American,” Williamson says. “Certainly, I don’t need to tell Iowans the buzz, the electricity that you feel as Iowans given your place in all of this, but all Americans should feel that buzz.” Williamson says she’s “fascinated” by the history of our nation and the history of democracy itself. It’s important to support the candidates we believe in, she says, in every way that we can.

“Sometimes, when people say they don’t vote, I always feel like, ‘You’re missing out on a very cool experience,'” Williamson says, “when you take a moment to think of what people have had to go through, certainly as a woman.” Williamson has written 11 books, six of which were best-sellers and four reached number-one. Her 1992 book, “A Return to Love,” is considered a must-read of modern spirituality.

The 63-year-old ran for Congress in California last year and came in fourth in the Democratic primary out of a 16-candidate field. She called the campaign both “exhilarating” and “brutal” and says of today’s political climate, we need a shift in ideology. “We all know something’s off,” Williamson says. “You can look at that in politics, you can look at it in education, you can look at it in business and you can look at it in human relationships. We have created for ourselves an order of civilization that does more to break hearts than to heal them.”

Many of our nation’s resources are being “siphoned off systematically,” Williamson says, to benefit “a tiny fraction of the one-percent.” She calls it an attack on democracy itself. “We have allowed this bottom line of short-term economic gain for multinational corporations, this corporate order of things, to become like a cancer that’s preying on the body of humanity,” Williamson says. “I don’t think anybody wants it but everybody sort of feels locked into this machinery that is kind of taking over.”

Newsweek named Williamson one of the 50 most influential baby boomers in 2006. She founded Project Angel Food in 1989, a meals-on-wheels program that daily serves a thousand homebound people with AIDS in the Los Angeles area. She says her greatest accomplishment has been raising her daughter to become “a really fantastic human being.” Williamson will be speaking in Fairfield on Wednesday at 7:30 P.M. at the Sondheim Center for the Performing Arts. The event is free and open to the public. She’ll do a Q-and-A after the presentation.