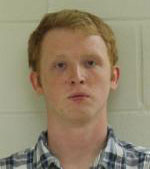 A Mason City man was sentenced to 25 years in prison Tuesday for setting fire to the Subway restaurant where he worked.

A Cerro Gordo County jury found 23-year-old Ethan Miller guilty of first-degree arson, first-degree burglary, second-degree theft and marijuana possession after he was accused of setting the December 29 fire to the Subway at 421 South Illinois  to cover up his theft from the restaurant.

District Judge James Drew sentenced Miller Tuesday to up to 25 years in prison on each of the first-degree arson and first-degree burglary charges, up to five years on the second-degree theft charge, and 30 days in jail on the marijuana possession charge.