You are here: Home / Agriculture / Part of the state hasn’t yet had a hard freeze 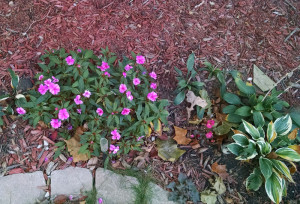 Parts of the state haven’t had a killing frost to end the growing season for plants.

Some cold weather has moved in, but a portion of the state still has not experienced a killing freeze. State climatologist, Harry Hillaker, says that is a little surprising.

“It’s been a really unusual mild fall, not really what we expected was going to happen during this El Nino event year. But thus far, roughly about the northeast half of the state has had a hard freeze,” Hillaker says.

Some areas of northeast Iowa have seen temperatures drop well below freezing, but Hillaker says some have still not seen readings get down below 35. “Roughly the southwest quarter of the state I guess maybe in a nutshell,” Hillaker says. He says some of the valley bottom areas may’ve had a freeze, but he says most areas south of I-80 and west of I-35 haven’t had their first freeze.

While they haven’t had the hard freeze that signals the end of the growing season, he says people in those areas may see some frost on the grass in the mornings. “Often times you can see frost on the ground even with official air temperatures that might be at 35, 36 degrees. And the difference being that the surface temperatures can get quite a bit lower than at that thermometer level, which is about five feet above ground level,” Hillaker explains. “Usually it takes temperatures down around 28 to 27 to really nip most vegetation.”

Hillaker says a lot of these areas are well behind when they would normally see the first hard freeze. He says in the Des Moines metro area for example, October 7th and 8th are typically the first freeze date. Hillaker says some areas of the state may go without the hard freeze even after saying good-bye to October at the end of this week.

“We’ve had other years where we’ve made it to November without a freeze — but that doesn’t happen real often to get that late in the season without an official 32-degree reading,” Hillaker says. Hillaker says the areas which haven’t had a hard freeze will see their outdoor plants continue to grow — maybe a little slower — until the hard freeze kills them off for good.