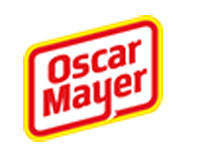 Spokesperson Tina Hoffman says part of the incentives will got toward a new state-of-the-art plant to replace the one now operating in Davenport. “They approved tax benefits with a maximum value of $1.75 million to support the $163 million capital investment that Kraft Heinz is proposing to make,” Hoffman says. The IEDA board also approved $3 million forgivable loan targeted at getting rid of the old plant.

“That would only be available to the company for the purposes of demolishing the existing facility once they move into the new location. And creating a site that is marketable for future development to benefit the Quad Cities,” Hoffman explains. Kraft Heinz’s Davenport facility now manufactures Oscar Mayer products and is the largest bologna plant in the world. It was built in 1915 and Kraft Heinz purchased the facility from Kohr’s Packing Company in 1946.

Hoffman says they have a contract for at least 475 jobs to be retained as part of the project. More than half of the jobs will have a wage of $17.84 an hour. The plant now has around 1,400 employees. Hoffman says the investment should be a long-term one for eastern Iowa. “You don’t see companies making 160 million dollar capital investments and then walking away,” Hoffman says. “So, we fell like this solidifies the company’s presence in the community and hopefully positions it for future growth as the company grows and expands in the future.”