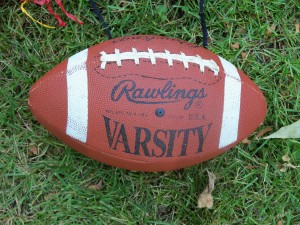 It is a one versus two showdown in the class 2A quarterfinals as second ranked South Tama visits top rated Albia. Both teams are 11-0 and feature the top two rushers in class 2A. Albia’s Carter Isley has rushed for 1,847 yards while South Tama’s Jerry Lowe has 1,541 yards on the season.

“Even though Isley and Jerry get a lot of the acclaim I think both teams feel like they have got some very, very good guys”, said South Tama coach Jay Hoskey. “Guys that could be stars on teams that don’t have a superstar like each of us do.”

Both teams also have outstanding defenses. The Trojans have allowed only 27 points all year and have eight shutouts while the Blue Demons have allowed 53 points and have five shutouts.

“Games are won on the line of scrimmage both offensively and defensively”, said Albia coach Jerry Staton. “Whoever gets control of that early in this game will have the advantage and it could come down to the kicking game.”

Both teams are perfect in their field goal attempts this season.

Story by Chris Varney at KGRN