You are here: Home / News / ‘Stand Up to Super PACs’ rally this Sunday in Des Moines 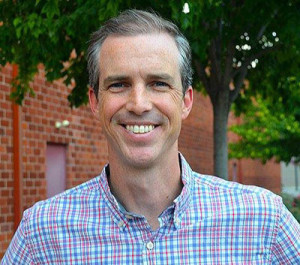 The conservative Iowa Faith and Freedom Coalition and the liberal group Progress Iowa have joined the campaign that’s calling for an end to outside spending on political races.

“We believe at Iowa Pays the Price that it’s enormously significant that the Iowa Faith and Freedom Coalition would join forces with Progress Iowa, two groups on complete opposite ends of the political spectrum, to really address this issue of money in politics and returning elections to the people,” says Brad Anderson, co-chair of Iowa Pays the Price.

Anderson says spending from “Super PACs” and special interest groups has gotten “out of control” and having these two groups as allies signals that Iowans are “fed up” with the status quo.

“We’ve gotten to the point now where, come Election Day, Super PACs are spending a larger percentage on the elections than actual candidate campaigns and once you have a scenario where Super PACs are running campaigns rather than candidates, then that’s a really scary proposition because what you’re doing is essentially outsourcing your campaign to third-party groups with an agenda,” Anderson says, “and that’s something that we need to address here immediately.”

The president of the Iowa Faith and Freedom Coalition says it’s time to reform the campaign finance system because special interests and Super PACs “are trying to take over” campaigns. According to a group that tracks money in politics, the 2016 presidential candidates and the Super PACs that support them already have raised 275 percent more money than at this point in the 2012 presidential campaign. Anderson of Iowa Pays the Price says candidates “across the board” — from Republicans Donald Trump and Chris Christie to Democrats Hillary Clinton and Bernie Sanders — are calling for some kind of campaign finance reform.

“The Des Moines Register recently did a poll that showed 94 percent of Democrats and 91 percent of Republicans think money in politics is a problem and it’s something that needs to addressed,” Anderson says.

This Sunday at one o’clock Iowa Pays the Price will hold a “Stand Up to Super PACs” rally at the capitol in Des Moines. The executive director of Progress Iowa says special interest money is “drowning out the voices of Iowans” and it’s time to fix the campaign finance system.