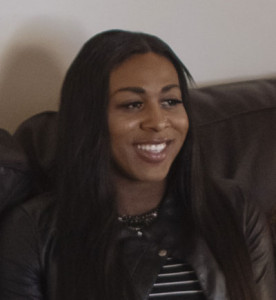 The American Civil Liberties Union (ACLU) has filed a lawsuit in Iowa on behalf of a black transgender woman from St. Louis.

Rita Bettis, legal director for the ACLU of Iowa, says 22-year-old Meagan Taylor traveled with a friend to West Des Moines in July to attend a funeral. The lawsuit against the Drury Inn hotel contends Taylor was discriminated against based on her gender and race.

“The staff at the Drury called West Des Moines Police to report they’re suspicious that there’s prostitution going on because there are ‘two men dressed as women’ who checked into the hotel,” Bettis said. Taylor was arrested for possessing hormone pills without a prescription. She was held in the Polk County Jail for 8 days before the charges were dropped.

“She was unable to attend her best friend’s brother’s funeral that was so important to her…and of course, underwent this harmful, painful experience of being discriminated against based just on who she is,” Bettis said.

The ACLU’s complaint was filed today with the Iowa Civil Rights Commission.