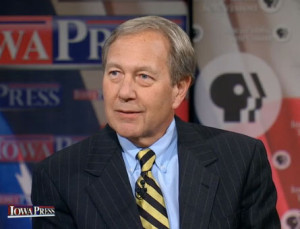 University of Iowa president Bruce Harreld has asked the deans of each college on the Iowa City campus to evalutate faculty compensation and flag areas of concern.

“When you open that door with faculty they will say…’We’re losing faculty here to other peer schools in the Big 10 and beyond — the University of North Carolina and other, so they’re sort of cheery-picking us and then secondly we’re having a hard time replacing them,'” Harreld said this afternoon. “So there’s a whole system here that is a little bit out of whack.”

Harreld cites a recent USA Today ranking evaluating faculty pay over the past 12 years, showing U-I’s standing for faculty salaries has dropped 26 places, out of the top 100.

“Now fortunately, if you also take a look at the same data, it says that our peer reputation — when peers evaluate us — it’s much stronger,” Harreld said. “So our brand and historical reputation is solid, so it’s recoverable, but we need to get to work here.”

Harreld is asking for a $4.5 million “faculty vitality” effort, to boost both salaries and research support for faculty. Harreld told reporters if he doesn’t get that money from legislators and the governor, he’ll “find another way to do it.”

“My job is try to convince them, show them the data and ask them whether in fact they want us to remain vital for the citizens of this state. I think it’s actually in the best interest of Iowans for our institution to be as great as possible,” Harreld said. “If, on the other hand, if the legislators want to decide something else, I’m still going to have to do it, because it’s the right thing to do.”

Harreld’s first day as University of Iowa president was November 2nd. He comes to the job from a business background and Harreld said “it’s not fun” to be greeted with protesters calling for his resignation. Harreld told reporters, though, that he’s had no second thoughts about taking the job.

Harreld made his comments during and after today’s taping of the “Iowa Press” program that will air Friday night on Iowa Public Television.