You are here: Home / News / Twisters, winds up to 80 MPH blast through Iowa in rare November storm 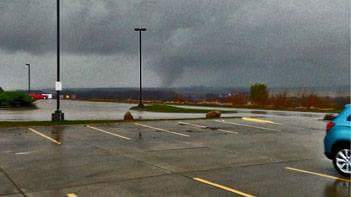 Reports say as many as seven tornadoes touched down in southwest and central Iowa during severe storms yesterday afternoon. Damage is being assessed to homes and businesses from hurricane-strength wind gusts which snapped trees and power lines from the Missouri River to the Mississippi, from Council Bluffs to Davenport.

In southwest Iowa, Don Willett is the Adams County Emergency Management Coordinator and he says they may have had a twister touch down near Corning.

“We had three buildings at our industrial site that sustained roof damage and sidewall damage from the downburst or tornado or whatever it was,” Willett says. Some three-dozen workers were evacuated from the PPI or Precision Pulley and Idler factory in Corning. No injuries were reported.

Willett says the powerful winds made for a rough afternoon for at least one truck driver. “We had a semi blow over on Highway 34 at the Redwood Avenue intersection,” Willett says. “There were no injuries involved.”

Nearby Ringgold County reports what may have been the strongest straight-line winds in Iowa during this storm, with gusts of 80 miles an hour. 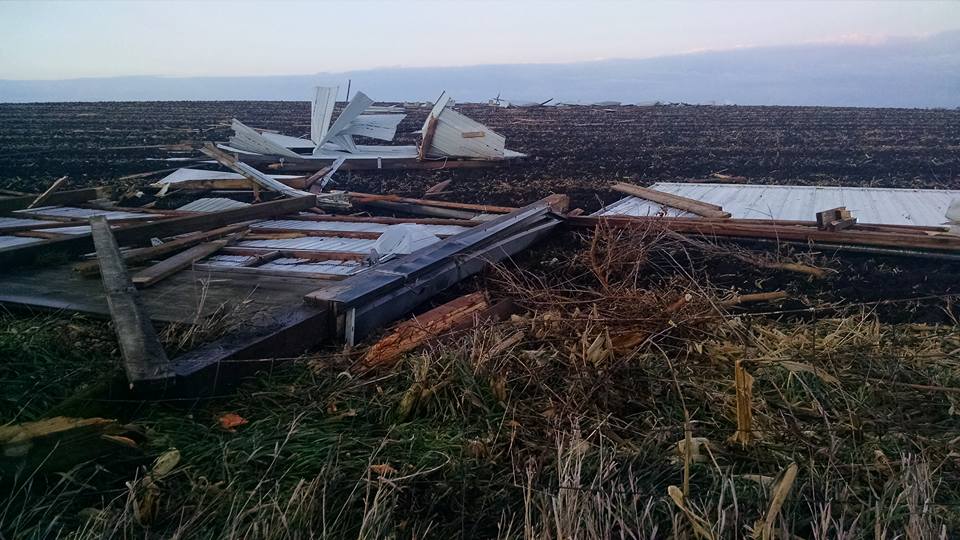 The National Weather Service confirms an EF-1 tornado struck about two-miles south and west of Avoca around 2 PM Wednesday.

The twister, which was seen on various pictures captured by motorists and residents, had a path about four-miles long and packed winds of up to 110-miles per hour.

“It blew over some trees and took out at least one corn crib and a power pole and blew it across a neighboring field,” Reed says. The twister next hit an eastbound semi, blowing it across Interstate 80 to the west side and into the ditch. The driver was not injured. It continued north across York Road and caused the road to be blocked with downed trees and power lines. The twister then entered Shelby County. No injuries were reported.

The National Weather Service says while unusual, tornadoes in November are not unheard of. The most recent November outbreak was in 2005, when there were 12 twisters confirmed statewide, four of them were weak EF-0s, one was an EF-1, two were EF-2s, while another was an EF-3, packing winds of 136-to-165 miles per hour. 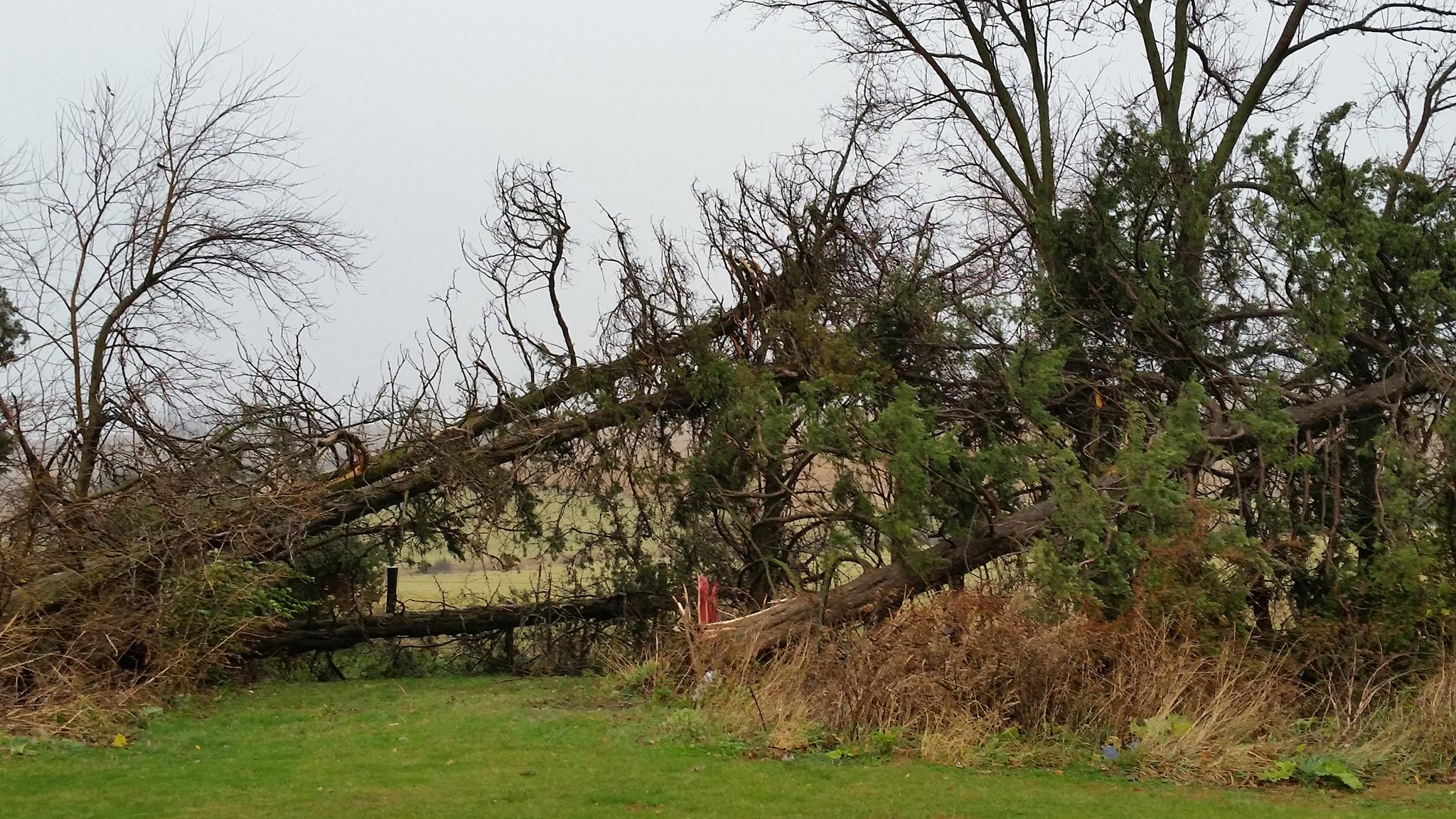 Reed says they were prepared for this storm. “Even though it’s November, we just kind of went through our regular protocol with the severe weather threat and had storm spotters and people from the fire/rescue departments already out when the (National) Weather Service told us that things were ramping up for areas of our county,” Reed says.

It’s fortunate, he says, the worst of the storm was isolated to rural areas with only minor damage.

The strong winds in Wednesday’s storms flattened farm outbuildings, toppled trees and power lines, and in some cases, damaged Iowans’ homes to the extent residents had to evacuate.

Kara Kelly is spokeswoman for the Central Iowa Chapter of the American Red Cross, which had a busy afternoon.

“We had some calls from emergency managers in Marion, Monroe and Polk counties so we sent our disaster volunteers out to work with families who had damage to their homes,” Kelly says. “We’ll stay in contact with those folks today and do what we can to help.”

“I don’t have specifics on the extent of the damage but in most cases, the reports we were hearing were trees on the homes,” Kelly says. “Depending on the size of the tree, that can certainly be very detrimental.” To help the Red Cross help Iowans, call 800-RedCross or visit redcross.org/donate.