The sobering reality of Friday’s terrorist attacks in Paris was a dominating issue in tonight’s debate among the three candidates seeking the Democratic Party’s next presidential nomination.

“Tonight, as France mourns, so does America,” Dickerson said, “so before we begin tonight’s second debate with these candidates for the Democratic presidential nomination, we ask you to join us in observing a moment of silence.”

Clinton repeatedly used the phrases the “arc of instability” and “Jihadi extremist terrorism.” She vowed as commander-in-chief to “do a better job of coordinating” the effort to defeat it.

“Our country deserves no less because all of the other issues we want to deal with depend on us being secure and strong,” Clinton said.

Sanders said it’s time for better intelligence gathering to track terror networks and he said Saudi Arabia, Iran, Turkey and Jordan “are going to have to take on ISIS.”

“This is a war for the soul of Islam,” Sanders said. “…Those Muslim countries are going to have to lead the effort. They are not doing it now.” 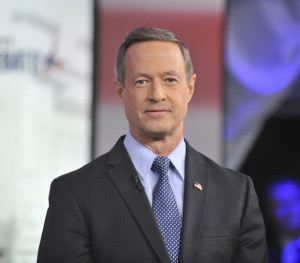 O’Malley said instability in the Middle East is having a “cascading effect.”

“As Americans we have shown ourselves to have the greatest military on the face of the planet,” O’Malley said, “but we are not so very good at anticipating threats and appreciating just how difficult it is to build up stable democracies.”

“Do you agree with that characterization: radical Islam?” moderator Dickerson asked.

Sanders was next to speak: “I don’t think the term is what’s important. What is important to understand is we have organizations whether it is ISIS or al Qaeda who believe we should go back several thousand years…They are a danger to modern society and this world with American leadership can and must come together to destroy them.”

Dickerson interjected: “The critique is that the softness of language betrays a softness of approach.”

O’Malley answered: “I believe calling it what it is is to say ‘radical jihadis’…This brutal and barbaric group is perverting the name of a great religion…and now, like never before, we need our Muslim brothers and sisters to stand up.”

The discussion of terrorism took up the first half an hour, then the candidates addressed a variety of domestic issues for the remaining 90 minutes.

The debate was broadcast nationally on CBS and co-hosted by The Des Moines Register and KCCI-TV. It was staged on the Drake University campus in Des Moines.