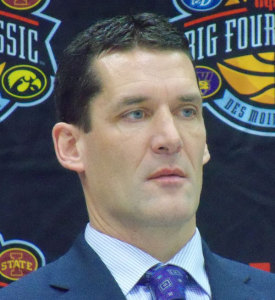 Paul Jesperson and Matt Bohannon each scored 15 points as Northern Iowa cruised to a 70-60 victory over Stephen F. Austin in an early morning contest in the McLeod Center. It was part of ESPN’s College Hoops Tipoff Marathon.

After giving up 84 points in a season opening loss to Colorado State the Panthers limited Stephen F. Austin to just 35 percent shooting from the field.

“Our guys understand that is where we have to get to is being a team that is going to force the opponent to run offense and not allow them to get easy things in the lane, keep the ball outside of 15 feet and chase down rebounds”, said Panther coach Ben Jacobson. “No question that is where we were striving to get to.”

The Panthers will host top ranked North Carolina on Saturday.