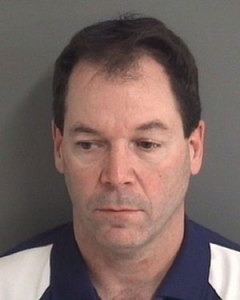 The Webster City School Board has voted to reinstate a controversial figure as the district’s transportation director.

Fifty-year-old Ted Larson, who was also the Webster City High wrestling coach, was placed on administrative leave after his arrest last December following an attack on a man who was allegedly having an affair with Larson’s wife.

During the packed school board meeting Monday night, Hamilton County attorney Pat Chambers spoke on Larson’s behalf. “He’s paid his price,” Chambers says. “He’s been off work for a year. That’s about a $40,000 or $50,000 salary. That’s quite a financial burden. He’s done his time. I’m just astonished he was required to do the time but he’s done his time. He’s on probation and I think he deserves a second chance.”

Another supporter who spoke for Larson is Webster City cross country and track coach Tony Bussan. “I think our district would be well-served by having Ted return to his transportation position,” Bussan says, “because of the commitment that he has to making sure kids are safe on the bus, making sure that the kids he has the opportunity to work with are given every chance to make the right choice and to return from poor choices that they’ve made.”

Larson was arrested by Story County Sheriff’s deputies after allegedly attacking Lyndal Olson at Olson’s home near McCallsburg. Larson was convicted and sentenced to one year in prison for assault causing bodily injury and five years for second-degree criminal mischief. On October 20th, a reconsideration hearing was held in Story County District Court where Larson was released and given probation.

One person at the school board meeting spoke out against the rehiring of Larson. Paul Olson is the father of Lyndal Olson, the man who was attacked last December. “You can hire this man if you want, but I’m telling you, it simply isn’t ethical to hire a convicted felon, paying him with taxpayer money, and expect normal people to like it,” Olson says. “Believe me, there are several law-abiding citizens that would qualify for that job.”

Larson is to return to work as soon as today.