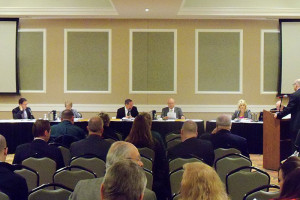 The Lakeside Casino in Osceola was fined $60,000 after an underage female was able to get into the casino and gamble six times in August.

Lakeside general manager Bob Thursby apologized to commission members. “I was absolutely mortified at this progression — it was not the progression of one individual employee to be properly trained or motivated — it was a half-a-dozen over a period of one week,” Thursby told the commission.

The female involved was stopped 3 other times from entering the casino floor and an investigation found the other 6 where she had been allowed to gamble. He says they have taken steps to discipline and retrain the employees involved.

“Each of the individuals involved in not checking the I.D.’s served a 3-day suspension. The management of the security department has been counseled and trained,” Thursby says. “We are increasing the frequency of our I.D. training. It used to be biannual, now it will be quarterly.” Thursby says they’ve also introduced some other training exercises that challenge the security staff to identify underage gamblers. “I believe we’ve taken some extraordinary steps to correct this situation and it won’t happen going forward,” Thursby says.

Rich Arnold of Russell spoke to Thursby. “I just want to say you should have been mortified that this happened. I can’t believe that six different people let this individual in. I can maybe see one, one security guard, six different times, that tells me something is lacking,” Arnold says.

Commissioner Delores Merz of Algona also told Thursby she was not happy with what happened. “And I will tell you sir, if I would have had my way, you would have been fined $20,000 per incident — that would have been $120,000,” Mertz says. “So, I think we are being very good to you.”

Mertz says it’s hard to believe the facility could have multiple problems in one week. “It just seems to me like there is something that is not jiving well, or something is not going well that you have to come before us to have fines presented to you. So, I would ask you to please have better oversight over all of this. But I am glad that you are taking steps to correct a lot of this, ” Mertz says.

Racing and Gaming Commission chair Jeff Lamberti of Ankeny was asked about the decision to levy the $60,000 fine against Lakeside instead of $20,000 for each of the six visits the person made for a total of $120,000. “We think $60,000 by historic standards is still pretty tough. We could have gone higher but we thought that was the appropriate amount to send a message. I don’t think any facility wants to pay that kind of penalty. Our bigger concern there is what appeared just a systematic failure on their training,” Lamberti says, “and they have taken the steps that we asked them to do. And we will be watching them very closely.”

Harveys Casino in Council Bluffs and the Horshoe Casino in Council Bluffs were each fined $20,000 for allowing minors into their gaming areas. An underage male entered Harvey’s in June with the help of his father and gambled. Another underage male got into the Horshoe Casino in September and gambled. He was caught when he tried to reenter the casino a second time. Lamberti says the casinos are constantly working to keep out underage gamblers.

“Seems to be no shortage of minors trying to get into these facilities, so they actually do a very good job, but every once in awhile one happens and we try to take them very seriously, and I think most of our facilities do as well,” Lamberti says. The commission today also fined the Riverside Casino and Rythmn City Casino in Davenport $3,000 for allowing people to gamble who had put themselves on the gambling ban list.

The commission met in Altoona.