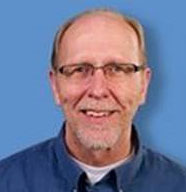 All four members of Iowa’s congressional delegation voted for the bill that would suspend the program allowing Syrian and Iraqi refugees into the United States.

The legislation calls on key national security agencies to certify to congress that refugees from Iraq and Syria don’t pose a security risk. Iowa Republican Congressmen Steve King, David Young and Rod Blum all voted for the measure, as did Democratic Congressman Dave Loebsack. Loebsack was one of 47 Democrats who joined Republicans to pass the bill. That coalition would be able to override President Obama’s threatened veto.

“I have spent my time in Congress working to ensure the safety of the American people and the security of our homeland. This has been and continues to be my number one priority. But let me be clear: I fully support bringing in all those who are victims of terrorism in their own country that we safely can. The legislation that was voted on today does not stop that process, rather it simply asks our screening agencies to certify that those entering our country are not terrorists.

“It is reprehensible that those on the right have used this tragedy for fearmongering. It is time for that to stop. At the same time, while the Administration opposes this bill, it is their responsibility to certify to the American people that those entering our country will do us no harm. Going forward, we must work together to make sure our screening processes are strong and effective so we can welcome those who are truly seeking safety.”