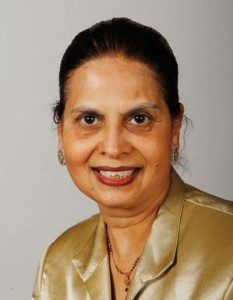 President Obama has nominated a woman from Iowa to be a director of an international development bank located in the Philippines.

The Asian Development Bank was formed in the 1960s and modeled after the World Bank, to finance development in the Pacific Rim. President Obama has nominated Swati Dandekar of Marion to serve as the bank’s U.S. director.

Dandekar, who is 64 years old, is a native of India who has lived in the U.S. since 1973. Dandekar represented the Cedar Rapids area in the Iowa House and Senate for nine years. She resigned her senate seat in 2011 when Republican Governor Terry Branstad named her to the Iowa Utilities Board.

Dandekar left her job as a state utility regulator in 2013 to run for congress. She finished third in a five-person Democrat primary in 2014 and she had considered running again for congress in 2016.

Dandekar’s nomination must be confirmed by the U.S. Senate. Senator Chuck Grassley issued a written statement, saying the president had made a “good decision” in selecting Dandekar for the Asian Development Bank.