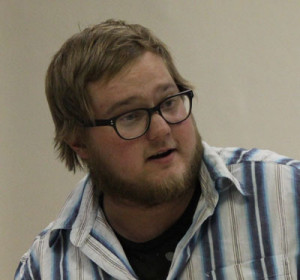 A reward fund has climbed to $100,000 in a missing person case out of northern Iowa. Ethan Kazmerzak of Hampton went missing on September 15, 2013. He was 22-years-old at the time.

A group of anonymous donors pooled the reward money being offered for “any relevant and useful information that leads to the current location and/or safe return of Kazmerzak.”

Numerous searches have been conducted by local law enforcement, but no trace of Kazmerzak has been found. His vehicle, a 2006 Volkswagen Jetta, remains missing as well.

At the time he disappeared, Kazmerzak had dark blond hair, a beard, and Grateful Dead tattoo on his upper left arm. He was wearing glasses and peach/orange colored shorts and a white/teal printed shirt.