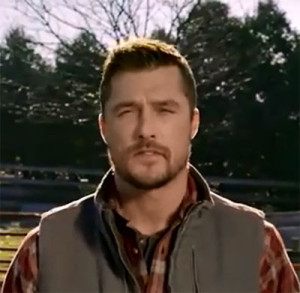 The Iowan nicknamed “Prince Farming” during his time on a reality TV show has stepped into the debate over the future of ethanol.

“To protect something that’s really important to my family’s farming operation as well as thousands of others,” says Chris Soules, who was the star of “The Bachelor” last spring.

This fall, he was a contestant on “Dancing With The Stars” and now Soules is featured in a pro-ethanol advertisement to counter ads being run by the oil industry.

Soules grew up on a family farm near Arlington in Fayette County and graduated from Iowa State University. Growth Energy, the promotional arm of the ethanol industry, is running the ad starring Soules. During a telephone news conference to debut the ad, Soules told reporters ethanol has been an economic benefit not just to farmers, but to people in rural Iowa who’re employed in the ethanol industry.

“Given the things that have occurred recently with Paris, it’s been made very clear that we need to be able to secure our nation’s energy supply,” Soules said, “…and provide those jobs and that stability to the Midwest and to farmers all over.”

In his concluding episode as “The Bachelor” Soules was standing in a barn on his family farm when he proposed to a Chicago nurse. The pro-ethanol ad in which he now stars is airing in Iowa, Illnois, Indiana and Ohio.

There’s a November 30 deadline for federal regulators to announce three years worth of ethanol production guidelines, for ultimately blending ethanol into gasoline.