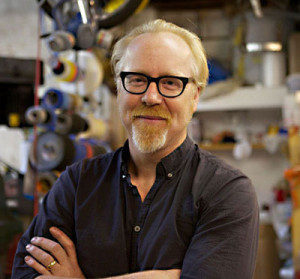 One of the most popular and longest-running cable TV programs is taking its show on the road with one Iowa stop planned before the last season starts airing in January.

Adam Savage co-hosts “Mythbusters” on the Discovery Channel with Jamie Hyneman, and after 14 years, 248 episodes and 2,950 experiments, the final show will air next year.

The stage version of the TV show, called “Mythbusters: Jamie and Adam Unleashed,” will be at Stephens Auditorium in Ames next Monday at 7 P.M.

Savage calls it “science-based entertainment” on a grand scale. “It operates very similarly to a magic show, ultimately in its overall format,” Savage says. “We have multiple vignettes, each vignette has a great finish, but the finish isn’t a magic illusion, it’s a scientific bit of clarity. We use audience members, brought up on stage, to help us tell the story.”

On the show, the team uses science to test the validity of rumors, myths, movie scenes, adages, Internet videos and news stories. Over the past 13 years, it’s gained a global following of devoted viewers. The adoration of fans around the planet is astounding, Savage says: “It’s as close as Jamie or I, a couple of old men, will ever get to feeling like genuine rock stars.”

Much more importantly, he says, the program has had a dramatic impact on many thousands of lives and minds, getting people — young people especially — to think about math and science in a new way.

“Making this show has fundamentally changed me as a person and turned me into a scientist, genuinely, in my mind and in the way that I approach the world,” Savage says. “I am incredibly grateful for that and I will never be the same.”

Before “Mythbusters,” Savage worked as set designer, prop master, art director and producer while pursuing welding, pneumatics, hydraulics, electronics and robot-building. His special effects and prop work was in movies including: “Star Wars: Episodes 1 and 2,” “Galaxy Quest,” “Space Cowboys,” “Terminator 3,” “The Mummy,” “The Matrix Reloaded” and many more.

With the global popularity of “Mythbusters,” Savage says he has many career options ahead, in front of and behind the camera. “It’s the most humbling, remarkable, astonishing thing,” Savage says. “All I’ve ever wanted to do is tell a story about curiosity and satisfying curiosity and that has resonated and reverberated out in the world. It’s more than anyone can hope for when they set out to tell a story.”

The 48-year-old Savage is a New York native who now lives in San Francisco with his wife, twin boys and two dogs. The 14th and final season of “Mythbusters” premieres on January 9th on Discovery with the series finale airing about 11 weeks later. Savage promises, it’ll be explosive.