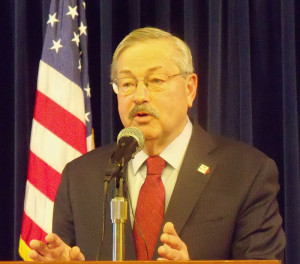 A ruling from an administrative law judge issued late Wednesday afternoon recommends Iowa dismiss one of the four contracts awarded to companies that were chosen to manage Iowa’s Medicaid program.

The Branstad administration wants to implement the managed care plan on January 1. It would privatize the state’s $4.2 billion health care program for the poor and disabled. The unsuccessful bidders for the contracts filed the legal challenge.

The judge’s ruling questions the contract awarded to WellCare, a company that had three former executives sent to prison last year on fraud convictions. A statement released by Governor Branstad’s office expressed confidence that the plan to transfer management of the Medicaid program would “remain on schedule.”

Health care providers and patients have complained that the January 1 target date for privatization is unrealistic.

The ALJ’s decision allows Medicaid Modernization to move forward.  The decision emphasizes that the process was both “thorough and methodical.”  We continue to evaluate the next steps in the administrative review of the procurement process and remain on schedule to implement our plan on January 1, 2016.