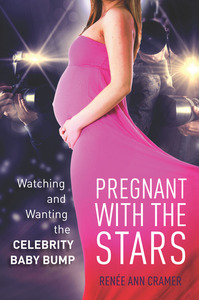 Many Americans are obsessed with celebrity pregnancies and a central Iowa educator has published a book about it.

Renee Ann Cramer is a professor and chair of the law, politics and society department at Drake University in Des Moines. Cramer says her book, “Pregnant With The Stars,” examines our culture’s fascination with — and judgment of — stars and their reproductive cycles.

“The press coverage manages to reinforce a lot of the ideas we have about femininity when we see the coverage of pregnant celebrities,” Cramer says. “A lot of those ideas also very much rely on established ideas of race and the ability to have the kind of body that’s trumpeted in the press depends on some significant class privilege.”

There’s much debate over body image and how traditional Sports Illustrated swimsuit models don’t represent how the majority of women really look, but little analysis is being done about the perceptions versus the difficulty of getting back in shape after giving birth.

“You cannot have Gwyneth Paltrow’s post-baby body without a staff,” Cramer says. “She has said it. You need a cook, a nanny or two, a personal trainer and the ability to spend three to four hours a day in the gym. There are some class necessities, some wealth necessities to having that body.” 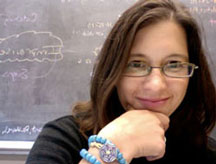 While the growing interest in “baby bumps” may seem innocent, she says it’s reinforcing a troubling standard, while boosting the surveillance and regulation of women everywhere.

“Britney Spears was treated pretty horribly by the mainstream press after her pregnancies when it seemed as though she probably had some post-partum depression and post-partum psychosis,” Cramer says. “She was really just treated like a bad mom. Some of the language around her way of being a mom and her way of being pregnant replicated some of the ideas we have about race and class and how women are supposed to act.”

The nation’s obsession with celebrity pregnancies is continuing to increase, she says, as evidenced by the exponential growth in websites, magazines and infotainment television devoted to the topic.

“It’s amazing how it permeates and it doesn’t always have to be bad,” Cramer says. “We can look at it critically and still enjoy it, but there’s definitely a message being sent about you’re supposed to bounce back and even be better than you were before pregnancy. That puts a tremendous amount of pressure on women and men notice it, too.”

The book is available through Amazon, Barnes & Noble and Stanford University Press.