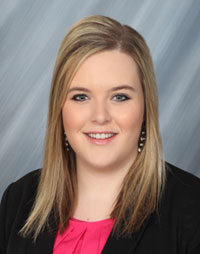 Student Regent Rachael Johnson joined the board this year and says there has been a lot of discussion about tuition in that time.

“Throughout these long conversations I have come to believe that the current way we as a board go about setting tuition is neither predictable to the students and their families, nor sustainable,” Johnson says. “This lack of predictability, reliability and sustainability is a point of concern for me as a student and as a regent.” Johnson, who is originally from Sioux City, says the board should look at the recommendation of a consultant that they use a need-based aid system for students in the public university system.

“I think the way in which tuition rates are decided needs to be carefully looked at and discussed to find the best methods for the state, the Board of Regents, our universities and out students and their families,” Johnson says. The increase is for undergraduate students who are residents of the state.

“So, if we’re not successful in doing that, it would be my recommendation that this board come back and revisit tuition increases. Because at the end of the day, the universities need the resources to compete and improve programs and maintain quality,” Rastetter says. “Student debt without quality isn’t something that this board is going to support.”

Regent Larry McKibben of Marshalltown, says the board needs to keep up the push for the state to spend more on higher education.”It is time that we stop the decline in the amount of support we get from our legislature and from our state of Iowa. It has been a downturn for the last decade and it is time it stops,” McKibben says. “We’ve made some headway…. but we have not made enough, in my estimation.” McKibben is a former legislator and says it is important that lawmakers hear about the issue.

“I’m asking all Iowans that might listen and hear this — it is time to talk to your resident legislator. It is time to get into their back yard, get into their town halls and deliver the message. The only way you do it is to deliver it to one senator or one representative at a time,” McKibben says. The tuition rate had been frozen for three years before the increase in the spring semester.