You are here: Home / News / Singer scheduled to be in Iowa found dead in Minnesota 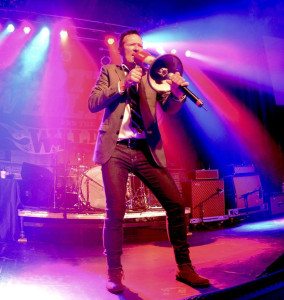 A rock star has died days before he was to make a stop in Iowa. Scott Weiland — former lead singer of Stone Temple Pilots — was found dead on his tour bus in Bloomington, Minnesota Thursday night. He was 48.

Weiland’s latest band, The Wildabouts, were scheduled to play at Spicoli’s in Waterloo Saturday night and just a few weeks ago played at the Surf Ballroom in Clear Lake. Weiland had problems with substance abuse throughout his career. His official cause of death has not been reported.

Weiland fronted one of the more successful rock acts in the 1990s in Stone Temple Pilots. The band sold 13 million albums in the U.S. Weiland also spent many years as lead singer for Velvet Revolver, which also featured three members of Guns-n-Roses.