You are here: Home / Health / Medicine / Deadline approaching to get federal health insurance by January 1st 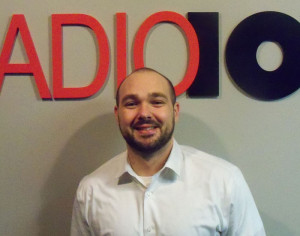 Enrollment is now open for those looking to sign up for insurance or change or renew their policies under the federal plan known as the Health Insurance Marketplace.

The Centers for Medicare and Medicaid Services is the federal agency overseeing the sing ups and spokesman Nick Clasen says it impacts thousands of Iowans.

“There’s about 39,000 consumers in Iowa enrolled in the Marketplace right now. There’s still about 188,000 uninsured individuals in Iowa,” Clasen says. “Whether you are enrolled or not, you should go on before December 15th, look at your options, update any information if you are a current enrollee, that way you have coverage by January first.”

He says you can sign up on the internet. “If you are uninsured you can go to Healthcare.gov. You can apply for a premium tax credit which helps lower you monthly premiums, and then you can enroll in a plan,” Clasen says. He says you can call 1-800-318-5296 to get help over the phone, and he says there is plenty of in-person help to guide you through all the insurance issues.

“Across Iowa we have the Enroll Iowa Coalition. Health centers, hospitals and other community agencies have partnered together and people can go in and sit down with somebody and that person will walk them through the application process and also explain what deductibles are, what copays are, what the plans might cover that somebody is looking at,” according to Clasen.

He says if you are worried about the cost of insurance, that is why there’s a tax credit. He says if you qualify for a premium tax credit — 88 percent of qualifiers are paying less than $100 each month. Clasen says enrollment ends on January 31st, but he encourages you to not procrastinate.

“We have had a little bit of I’d say a surge towards the deadlines, and December 15th even though it’s not the end of enrollment, a lot of people want to enroll by December 15th so they have coverage by January 1st,” Clasen says.

Clasen says you can face a penalty of up to $700 if you haven’t enrolled for insurance by the end of 2016.