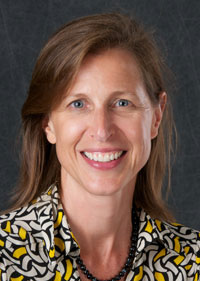 Surgery can significantly prolong the lives of some women with stage-four breast cancer, according to a new study from the University of Iowa.

Doctor Alexandra Thomas says many oncologists won’t even consider surgery once the disease has spread to parts of the body beyond the breasts.

“Many will not operate on the primary tumor saying ‘this disease is everywhere on the body, so why would we subject women to the morbidity of the surgery if it won’t impact the outcome?’ That’s been sort of the dogma over the last few decades,” Thomas said. “We found it’s not true probably for some women.”

Data from over 21,000 patients shows that about 10 percent of women who receive surgery live more than 10 years. Among those who didn’t have surgery, only roughly 3 percent lived past a decade. Thomas notes the increased survival rate may be due to early diagnosis.

“Imagining today captures really small deposits of metastatic disease. So, we might label somebody incurable, whereas in 1995, we wouldn’t have even caught that disease because our imagining wasn’t as good,” Thomas said. The study was published this month in the Journal of the American Medical Association Surgery.

Thomas hopes her findings might encourage more physicians to consider surgery for patients with stage-four breast cancer, so as to enable prolonged remissions or perhaps even a cure.