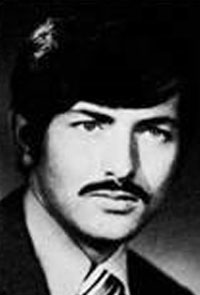 On Monday, Terry Branstad will have been Iowa’s governor for one out of every eight days that Iowa has been a state according to calculations by a University of Minnesota political science professor. It’ll be a total of 7,642 days. It pushes him past record-holder George Clinton, a Revolutionary War hero who served as the governor of New York for nearly 21 years.

Branstad was first elected governor in 1982, then reelected in 1986, 1990 and 1994. For that 1994 election, Branstad went back to his family farm in Winnebago County to kick off his bid for that fourth term.

“I got a good education in Leland and Forest City and the University of Iowa and Drake University and I’ll never forget the work ethic that I gained here on the farm,” Branstad said. “…I’m proud to be made in Iowa.”

Branstad’s first foray into politics, though, came in 1972 when he successfully ran for an open seat in the Iowa House. Richard Schwarm and Branstad were students at Drake Law School at the time.

“He’d always wanted to run someday. He hadn’t anticipated it would be while he was in law school, but it opened up, so it was a team effort of College Republicans at Drake and then the people back here where he’d grown up,” Schwarm says. “…Sometimes the first race you run and win is the most exciting.”

Schwarm, who lives in Lake Mills, set up a law practice with Branstad there and Schwarm wound up serving as chairman of the Iowa GOP during the late 1980s and early ’90s. Schwarm has been part of every Branstad campaign. That includes Branstad’s successful 1978 campaign for lieutenant governor and the surprise of 1982 when then-Governor Bob Ray announced in March of that year that he wouldn’t run for reelection.

“It was an unexpected rush, all of a sudden,” Schwarm says.

Des Moines businessman David Fisher was the finance chair for Branstad’s 1982 campaign for governor, then Fisher served as general chairman for the next three Branstad gubernatorial campaigns.

“I would just toast him for his passion for the state of Iowa and his willingness to work and work hard to make our state a better place to live,” Fisher says.

In the 1990s, Branstad asked Fisher to lead a commission to find more ways to streamline operations. It became known as the Fisher Commission.

“What got me so interested in Governor Branstad was he just loved Iowa and he loved being governor,” Fisher says, with a laugh. “And he loved good government and that was my motive and incentive to help him.”

After serving four terms as governor, Branstad was out of office for 12 years. In 2010 Branstad staged what he termed a “comeback” — winning a fifth term as governor. Branstad won term number six in 2014. Branstad did a bit of reminiscing during his inauguration last January.

“I still marvel at a system and a state where a poor North Iowa farm boy can be elected governor,” Branstad said. “It remains a great honor and a privilege to have been chosen by the people of Iowa again and again to serve as your chief executive.”

Branstad’s biography is being released and a gala is planned on the Iowa State Fairgrounds Monday night to celebrate his new status as the nation’s longest serving governor. Schwarm, who first met Branstad 45 years ago, will be there, with a wealth of stories to share.

“There are stories, but some of them may not be the best place to tell there — although, with Terry, almost all the stories are G-rated,” Schwarm says, with a laugh.

The proceeds from Monday night’s event and the sale of Branstad’s biography will go to a new non-profit called “The Governor Branstad Iowa History Fund.” John Dickerson, the host of “Face the Nation” on CBS, will be on stage Monday evening to interview Branstad in front of the crowd of family, friends, political allies and dignitaries.

Radio Iowa recently interviewed Branstad. Check back here Monday morning to read and hear Branstad reflect on his legacy and share some of the secrets to his political success.