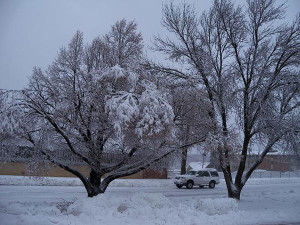 Almost one in every three Iowans is expected to take a trip for the year-end holidays, according to a survey.

Gail Weinholzer, spokeswoman for AAA Iowa, says if the weather isn’t too frightful, a record number of people will be on the nation’s roads and bustling through airports, train stations and bus depots.

“We are expected to top 100 million people traveling for the Christmas/New Year’s holiday for the first time ever,” Weinholzer says. “We expect just over 100.5 million Americans to travel at least 50 miles from home between Wednesday, December 23rd and Sunday, January 3rd.” She says the boost in holiday travel is being driven by continued improvement in the labor market, rising incomes and low prices, including gasoline prices, which remain well below last year’s levels.

Gasoline prices in Iowa have been steadily dropping for several weeks and now are averaging just under $2 a gallon statewide. While many Iowans will be taking buses, boats or planes to their holiday destinations, she says most of us will be on the road. “The overwhelming majority are traveling by personal automobile,” Weinholzer says. “Ninety-percent of all travelers, which equates to just over 91 million people. We encourage people to drive safely and that includes slowing down, paying attention, driving sober and buckling up.”

AAA says airfares for the top flight routes are 6 percent lower this holiday season, car rental rates are up three-percent from a year ago, while lodging at most of the nicer hotels is up between four and 11 percent.