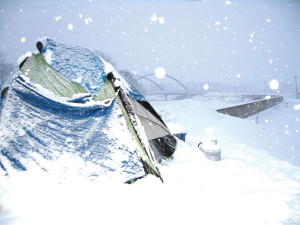 An annual homeless memorial on the state capitol grounds this evening will also serve as a rally. Joe Stevens, CEO of Joppa Outreach, is expecting over 400 people to attend the event that will include several speakers and a candlelight vigil.

“The purpose is to remember, honor, and prevent,” Stevens says. “We remember folks who have died homeless in Iowa and honor them as human beings. Then, we want to work as a community to try to prevent future homeless deaths.” The names of 31 people who died homeless in Iowa over the last year will be read aloud.

Stevens is concerned the number of deaths will climb in the coming year as Iowa’s largest city has been evicting homeless residents from camps where people having been staying for many years. “Because of that, we and other members of the Street Outreach Coalition are expecting more homeless deaths this winter from freezing to death than ever in our history. It’s a direct result of these evictions,” Stevens says. City officials in Des Moines have been “dragging their feet” on efforts to curb homelessness, according to Stevens.

He says Iowans without a home need a safe place to go when shelters are full or they “time out” of a shelter. “We also need a supportive set of programs that help people get a source of income and overcome their barriers to housing,” Stevens says. “Then we need truly affordable housing — less than $300 a month rent — and we believe tiny homes are the answer to that.”

Stevens and others have been pushing for the construction of a village of tiny homes for the homeless in Des Moines and he’s calling on the city to provide a tract of land for the project. The gathering on the West Terrace of the State Capitol is scheduled for 5:30 p.m.

This is the seventh year for the homeless memorial. It’s held each year on December 21st — which is considered the “longest night” of the year and marks the start of winter.