You are here: Home / Health / Medicine / Iowa Medicaid patients may have to switch if their doctor isn’t in managed care network 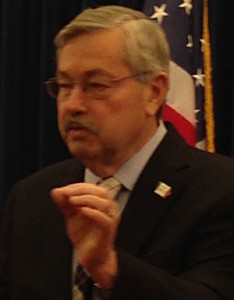 Governor Terry Branstad says he is not going to promise Iowa Medicaid patients that if they like their doctor, they can keep their doctor in the New Year.

“I’m not going to do like (President) Obama. I’m not going to lie about what this system is going to do. I’m going to tell you the truth,” Branstad says. “We’re doing what 20-some other states have already done and several others. I think when we’re done with this, it will be over 30 states that have gone to managed care.”

The Branstad Administration aims to shift to Medicaid to a “managed care” system on March 1. It means the 560,000 Iowans who get health insurance coverage through the government’s Medicaid program will have to ensure their doctor, hospital, nursing home or other health care provider is part of one of the three managed care networks.

“I think we need to get past the politics and look at what we can do to provide the best health care services to the citizens and our goal is for people to be able to go to the doctors they have been,” Branstad says. “But it does depend upon those doctors agreeing to the new system.”

Branstad’s initial goal was to start switching Medicaid patients to a managed care system on January 1st, but federal officials last week ruled there was too much chaos and ordered a 60-day delay. Branstad says he’s confident his staff will be able to meet all the benchmarks federal officials established so the switch can start March 1.