You are here: Home / Agriculture / Two Iowa coops to merge 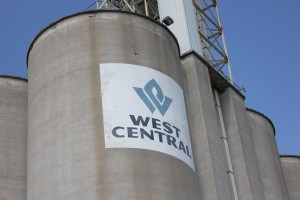 The unification of two Iowa cooperatives is underway following approval of the merger by members of both the Ames-based Farmers Coop (FC) and Ralston-based West Central Co-op. FC CEO Jim Chism says the unified cooperative, to be known as Landus Cooperative, will be headquartered in Ames.

“We now enter the integration phase where we have until the first of April to get both company’s platforms and systems integrated to operate as one company as quick as we can,” Chism said. Landus Cooperative will be led by current West Central president and CEO Milan Kucerak.

Chism, who will eventually leave the company, sees several advantages for members as a result of the merger. “It will ultimately bring value back to the members — at least have that potential — by improving grain markets, reducing input costs, improving patronage and equity revolvement,” Chism said. “Then also, with a bigger footprint, we’ll be able to bring better service and better technical expertise to our members.”

Farmers Coop in Ames was already the largest farmer-owned ag cooperative in Iowa — with 5,500 members and 450 full-time employees. Together, West Central and FC have more than 70 grain, agronomy and feed locations in 26 Iowa and three Minnesota counties. Landus Cooperative will reportedly become the seventh largest grain company in North America.