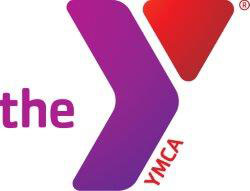 A couple who was instrumental in getting the Iowa Speedway up and running in Newton is now giving a big financial boost to the Newton YMCA.

“We just can’t thank them enough for what they’re doing,” says Frank Buckley, the CEO of Newton’s “Y”.

Brad and Mary Manatt have given the facility a three-year, $5 million gift. The money will be placed in an endowment.

“We put a committee together that consists of staff, Endowment Committee and board members and we’ll be looking at how we can be good stewards of the money,” Buckley says.

Brad Manatt says the Newton YMCA has played a “significant role” in his family’s life and he and his wife want future generations of Newton residents to have a similar experience. Brad Manatt is the former president of the Iowa Speedway.

Manatt is the president of Manatt’s, the family-owned construction company based in neaby Brooklyn, Iowa.