You are here: Home / Crime / Courts / Man serving time for death of ex-wife dies in prison 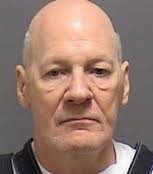 A man who was convicted in a high profile murder case in southeast Iowa has died in prison. According to the Iowa Department of Corrections, 65-year-old Dennis Duane Richards of Burlington died Friday at the Iowa Medical and Classification Center in Coralville.

Richards, who had throat cancer, was serving a 60-year sentence for second-degree murder and second-degree arson in the death of his ex-wife. Prosecutors said Richards strangled 46-year-old Cyd Richards in January of 2009, and then set her house on fire in an attempt to destroy the evidence.

Cyd Richards was a popular fixture at Burlington’s Hungry Bear restaurant, where she worked as the morning shift fry cook.