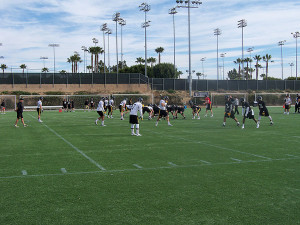 The Hawkeye football team continues preparations for the Rose Bowl in Southern California.

The main news from Iowa Sunday is that senior tight end Jake Duzey will not play in the Rose Bowl against Stanford after he reinjured his knee during practice on Friday.

Duzey had seen limited action in nine games after suffering a major injury during spring drills. Iowa went to Disneyland Saturday and the Lawry’s Beef Bowl Sunday evening. Iowa Quarterback C.J. Beathard says they are still staying focused despite the other things involved in the trip. 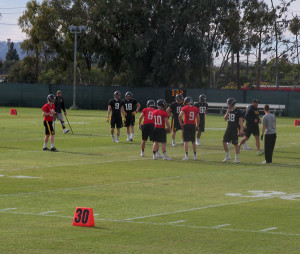 Senior tight end Henry Krieger-Coble says leadership has been a big part of the Hawkeyes success and it starts with Beathard.

“We’ve built around him, I mean each and every guy does their job and takes their job very seriously,” Kreiger-Coble says. “And when you have a guy like that and you have athletes around you that are just making great plays, everyone kind of feeds off of each other. And we all are just trying to do our job and push this thing forward. 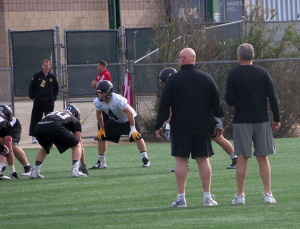 Running back LeShun Daniels says the trip to the Rose Bowl caps off a year of hard work. He says the taste left in their mouth last year after the loss in the Taxslayer Bowl motivated to turn things around, and that is what carried them throughout the years.

Iowa offensive coordinator Greg Davis says veteran players like tight end Henry Krieger-Coble have played a big role for the Hawkeyes. He says older players like Krieger-Coble what have flexibility when they run past routes on where they end up. “I think the players are the difference, they’ve really studied and they’ve taken the mindset that not only is it one game at a time, it is one practice at a time,” Davis says.